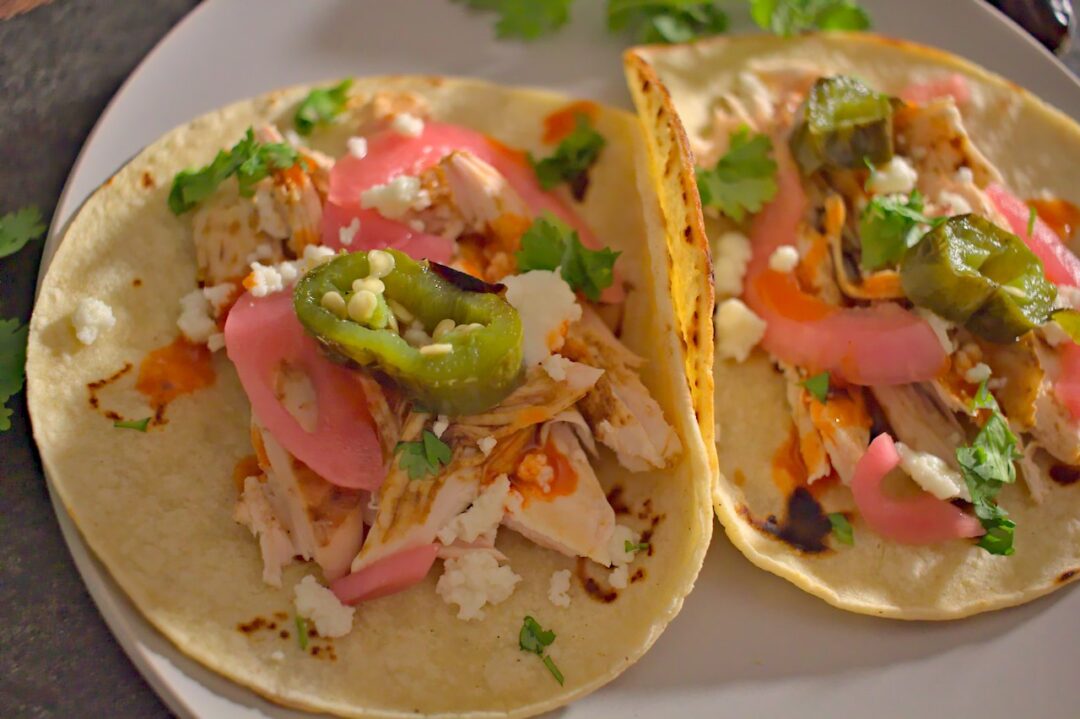 I am not one of these guys that’s all about ‘grill life’ or whatever the hell you want to call it. I mean, sure, I like cooking on the grill every once in a while, but I’m not dedicating every ounce of culinary energy to it.

But there are some things that I’ll go out of my way to make. This chicken is one of those things. Smoky, spicy, and just plain delicious, this pollo al carbón (charcoal chicken) is now a personal favorite for when we want to have taco night.

There is definitely a backstory with how this meal became one of my grill favorites. My very long time friend Mike and I pretty regularly share with one another our thoughts on any new restaurant or food-related establishments we’ve visited that we think the other may like. He and his wife, Alissa, don’t live that far from us, but if you’re familiar with Atlanta, the food scene can be wildly different from one neighborhood to the next, so their local food experience is very much unlike ours.

Mike hits me up one day and just raves about the al carbón chicken from a local place called Little Rey. He kept talking about the COVID takeout meal package they were doing with a whole chicken and sides and it sounded really good. And what made it even more intriguing: Little Rey is a Ford Fry restaurant. Annie and I haven’t met a Ford Fry restaurant we didn’t love.

Fast forward to when everyone has done the quarantine thing and starts to feel comfortable socializing with close friends. Mike and I both talked about getting together for some drinks and dinner, and he specifically recommended we have this chicken from Little Rey. Yeah, you better believe I’m down. Let me tell you right now, I was, yet again, extremely pleased with this magnificent creation from a Ford Fry establishment. I enjoyed that meal so much that I had to see if I could make something like it.

This seemed like it could be pretty straightforward to do, as long as I got the seasoning right. Maybe a mojo marinated chicken slow cooked and smoked on a charcoal grill for a bit? I think a lot of folks do this with chicken halves, but I’m a big fan of spatchcocked chicken, so I figured I would try it like that.

I have a ceramic charcoal grill (a Kamado Joe to be specific), but I am sure that any grill will do just fine as long as you are cooking the chicken on indirect heat at a low temperature (I shoot for somewhere around 300 to 325 degrees). Drop some water soaked wood chunks on some hot coals and you’ll have a meat smoking paradise. I typically use hickory. I don’t really care much for mesquite because I find the flavor to be unpleasantly strong. But use whatever you prefer.

Having a meat thermometer really helps for something like this. The marinated chicken goes on until cooked to just below temp, flipping only a couple of times to get a nice even char. I took the chicken off to rest at 165 degrees. Carry-over cooking should take it up a few more degrees while it rests.

I like some heat on my tacos, so if you’re like me, throw a couple fresh jalepeños on the grill. Roast them until they have charred on the outside and softened.

You’re off the races. Shred up that chicken, put it in some corn tortillas, and top with pickled red onion, cilantro, crumbled queso fresco, and roasted jalepeños if you made them, then tell me later how awesome they tasted. Enjoy! 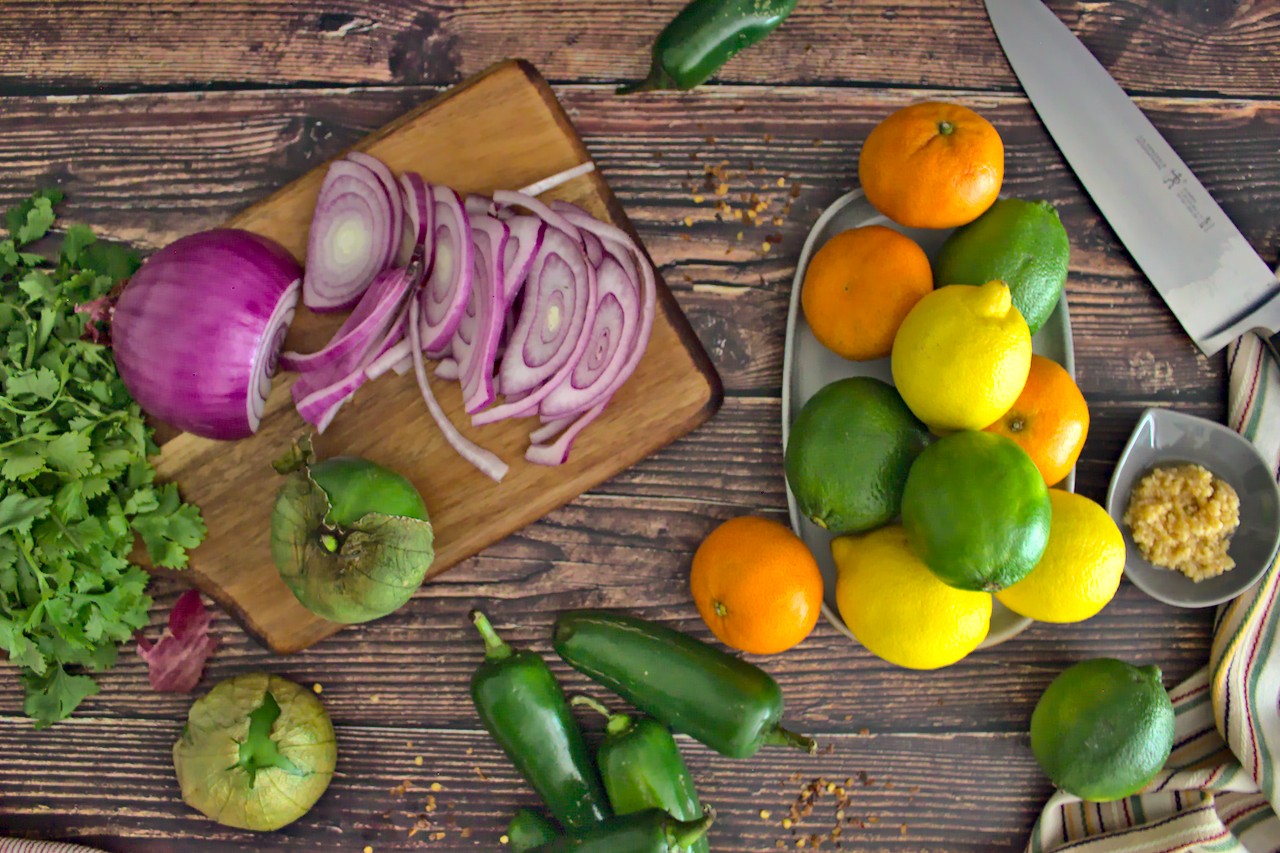 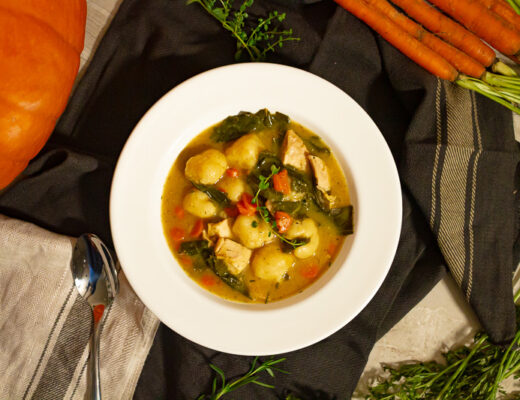 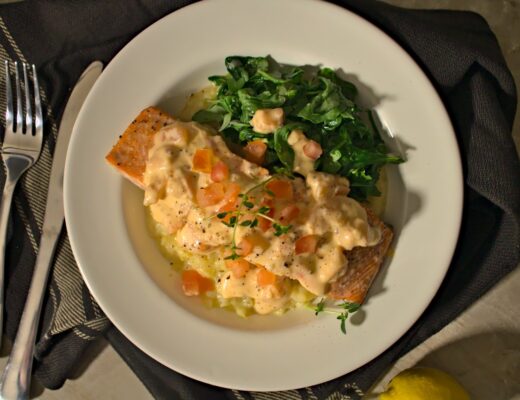 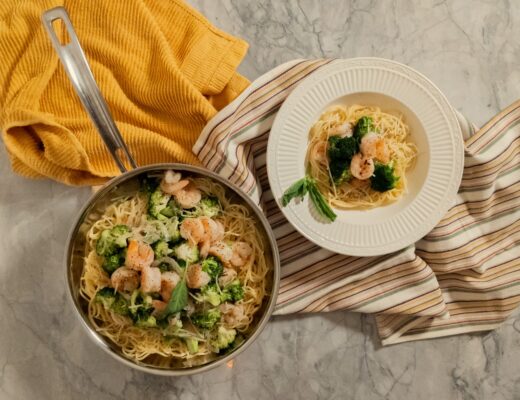