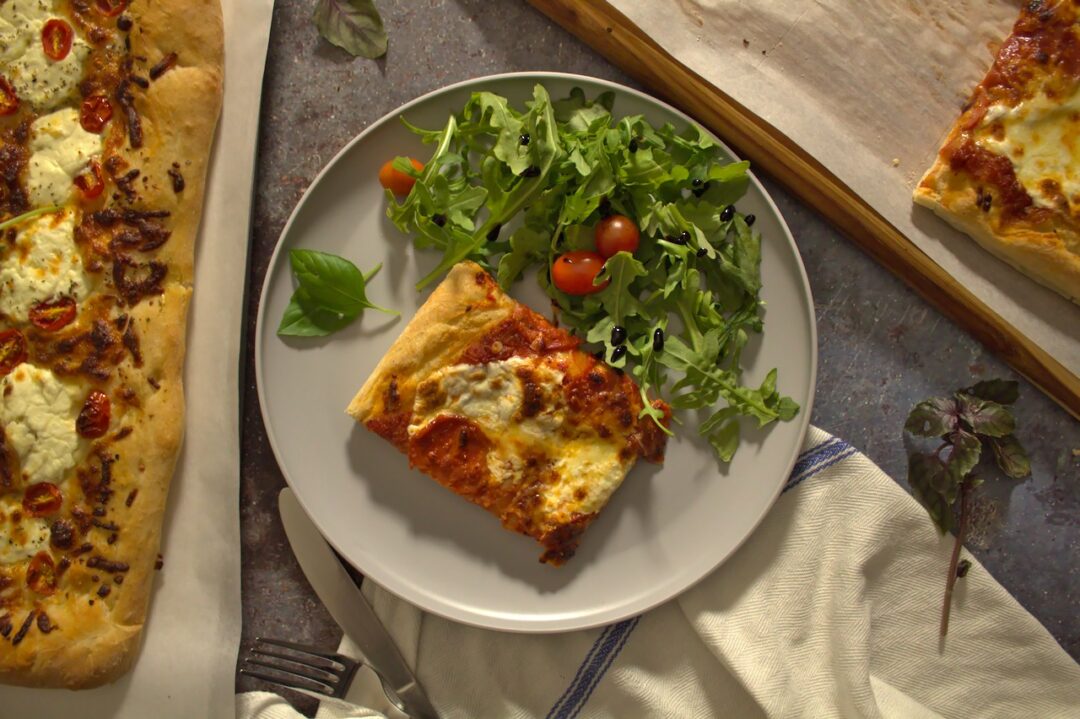 Ah yes, the always reliable emergency weeknight dinner: pizza. It never disappoints. Hell, even when you get crappy pizza, it’s still not really all that bad. And let me tell you, this is an equal opportunity pizza household, we’re no pizza snobs (I see you Totino’s Party Pizza).

Add this to the fact that we cheap out most of the time and don’t order delivery, we’re usually dealing with frozen pizza. But every once in a while, we’ll get fancy and put together a complete DIY pizza night, down to the sauce (tip: the sauce from the Bucatini recipe works great for this) and crust. When it comes making crust, I want something that tastes great, but doesn’t require me to futz around with pizza dough all day. This recipe gives us exactly that: something you can put together without a ton of prep work, but still get good results.

For the longest time, we avoided making pizza crust, mostly out of laziness, but there were also grocery store options that we thought worked just fine. When we wanted to make pizza, we would typically just hit up the local Publix bakery where they have ready made pizza dough in bags that you can just grab and go.

That dough works great when we could actually find it. I mean, it wasn’t like trying to find the holy grail or anything, but it never seemed to be a regularly stocked item. And the last thing you want to do when you have your heart set on making your own pizza is take a sad stroll to the frozen foods aisle to pick up their finest 12″ Tombstone.

That’s when we turned to making our own dough. It was important for us to get something that would not only give us a good tasting crust, but was also straightforward enough for us to memorize and throw together in a pinch. This dough recipe is simple and a total breeze to pull off. Sure, it’s yeasted so you have to plan ahead enough for it to rise, but that only takes about an hour and then you’re good to go (to be fair I said it was low effort, not zero effort). 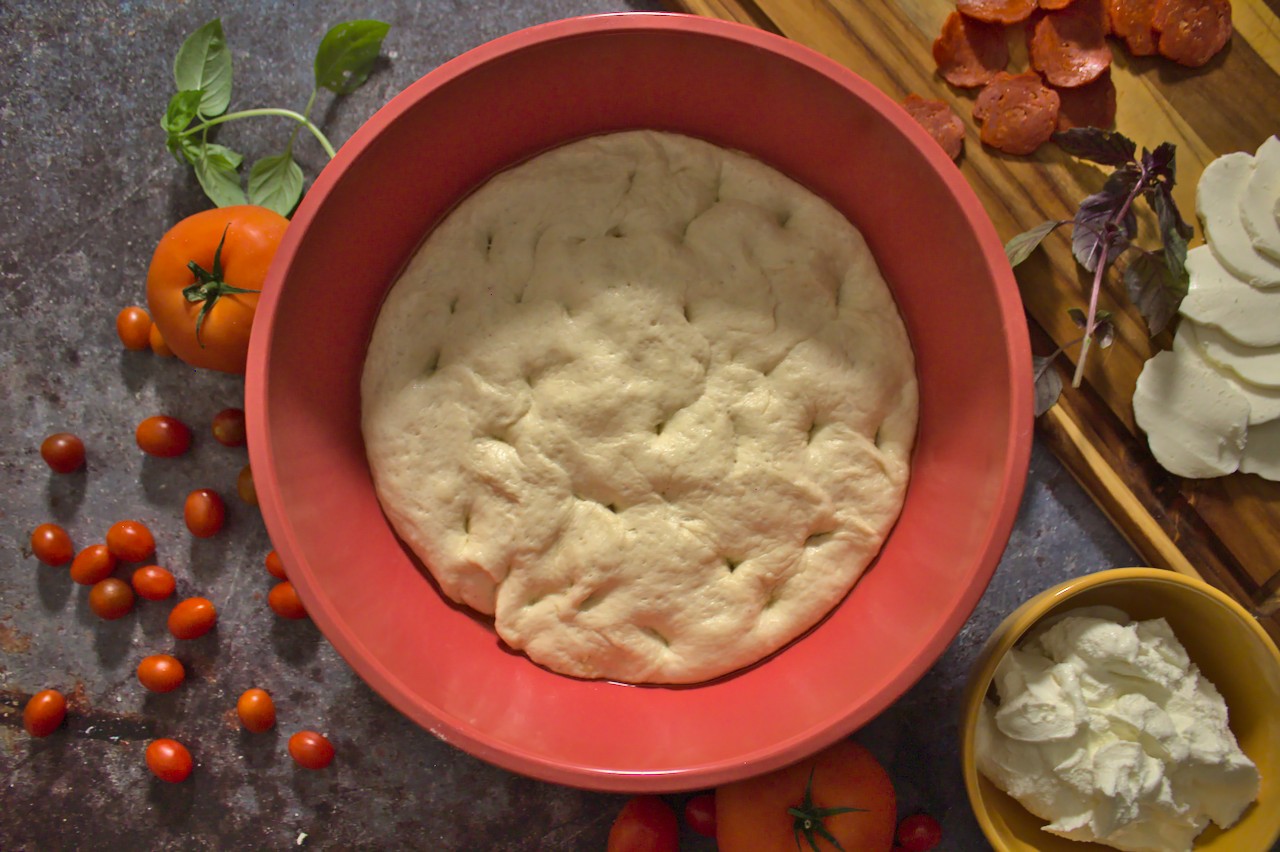 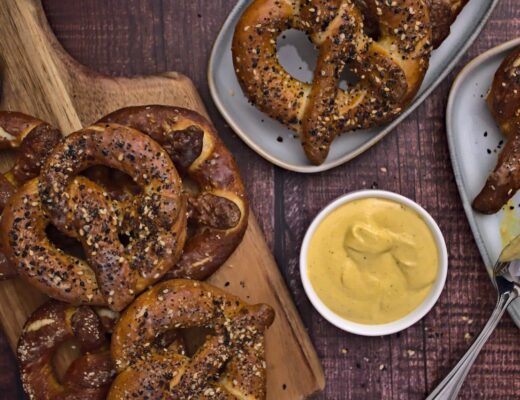