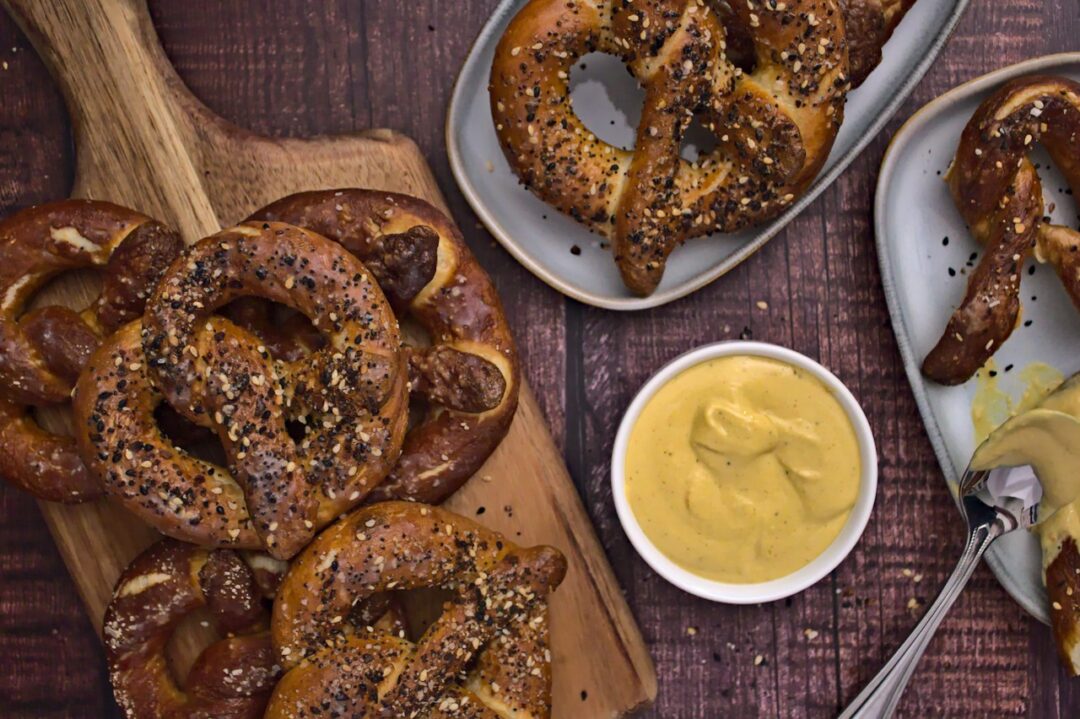 If you were to ask Annie what my eating habits were like at home, she’d probably describe it as if the Cookie Monster one day decided that cookies were just not that interesting to him anymore because he’s discovered crackers, potato chips, and other crunchy, salty snacks. And you know what? She’d be right.

I’m not ashamed. I love salty snacks. And right up at the top of that list? You guessed it. Pretzels.

Now, I’m no snack food snob, but these aren’t your everyday, store brand mini pretzels. These are are warm, chewy, freshly baked soft pretzels. They’re delicious in their own right, but add in some beer cheese dip?! You son of a bitch, I’m in.

Just about six years ago, Annie took a two week trip to Europe, visiting the UK and Germany. Neither of us had ever been to Germany before, but considering how Annie’s family is just a few generations descended from direct German immigrants, it felt like an appropriate destination. It didn’t exactly hurt that Oktoberfest was happening in Munich at the same time.

If there’s one thing I got from that Bavarian excursion, besides the hellacious hangover, was, as I still describe it today, one of the best breakfasts I’ve ever had. A true breakfast of champions consisting of beer, weisswurst, sauerkraut, mustard, and (shocker) Bavarian soft pretzels.

I have never attempted to make my own pretzels before, but let’s be honest, 2020 is the year for “screw it, I’ll give it a try”. My thinking was this: I already have a go-to pizza dough recipe, I wonder if I can tweak that a bit to get the pretzel-y goodness I desire.

Here’s the trick to making pretzels. You can’t just make dough and throw them in the oven. If you do, they’ll come out sad and anemic looking and won’t have that brown, chewy crust that makes pretzels, well, pretzels. Instead, you have to first drop the uncooked pretzels into a quick alkaline bath made with baking soda. Traditionally, lye is used instead of baking soda, but unless you’re a hobby soap maker, I’d hazard to guess most folks probably don’t have lye just sitting around the house somewhere.

In the end, I had to do a couple of small batches to get these the way I wanted, but I’m very pleased with the results. Two sets of pretzels, one seasoned with just salt and the other with everything bagel seasoning, cooked to a delicious golden brown.

Let’s not forget the pièce de résistance of any pretzel snack. Mustard. And Beer. Oh, and also cheese. And maybe some horseradish too. Or, hear me out, you could just throw all of those together for a dip you might end up eating with a shovel spoon. I’m not kidding, this dip is outrageously good.

A quick note on horseradish: Annie and I for a long time been disappointed by what we’ve been able to buy at the grocery store. They all lacked that sinus blasting heat that we want from good horseradish. A while back we discovered Atomic Horseradish and it has more than delivered on its promise. I can’t recommend it enough.

PRO TIP: these pretzels are best eaten when fresh and still warm from the oven. But unless you’re an absolute savage when it comes to wolfing down pretzels, you’ll probably have some leftovers. What I’ve discovered, and also confirmed from friends of mine that have made pretzels, your day old pretzels may end up with the textural equivalent of an old leather shoe.

If that happens, you can still revive them. Quickly rinse some water over the pretzel so the outside is just slightly wet, but not soaking through. Tightly wrap the pretzel in aluminum foil and place into a 250 degree oven for about 15-20 minutes. It won’t be as good as it was when it was fresh, but it’ll at least prevent you from needing jaw surgery. 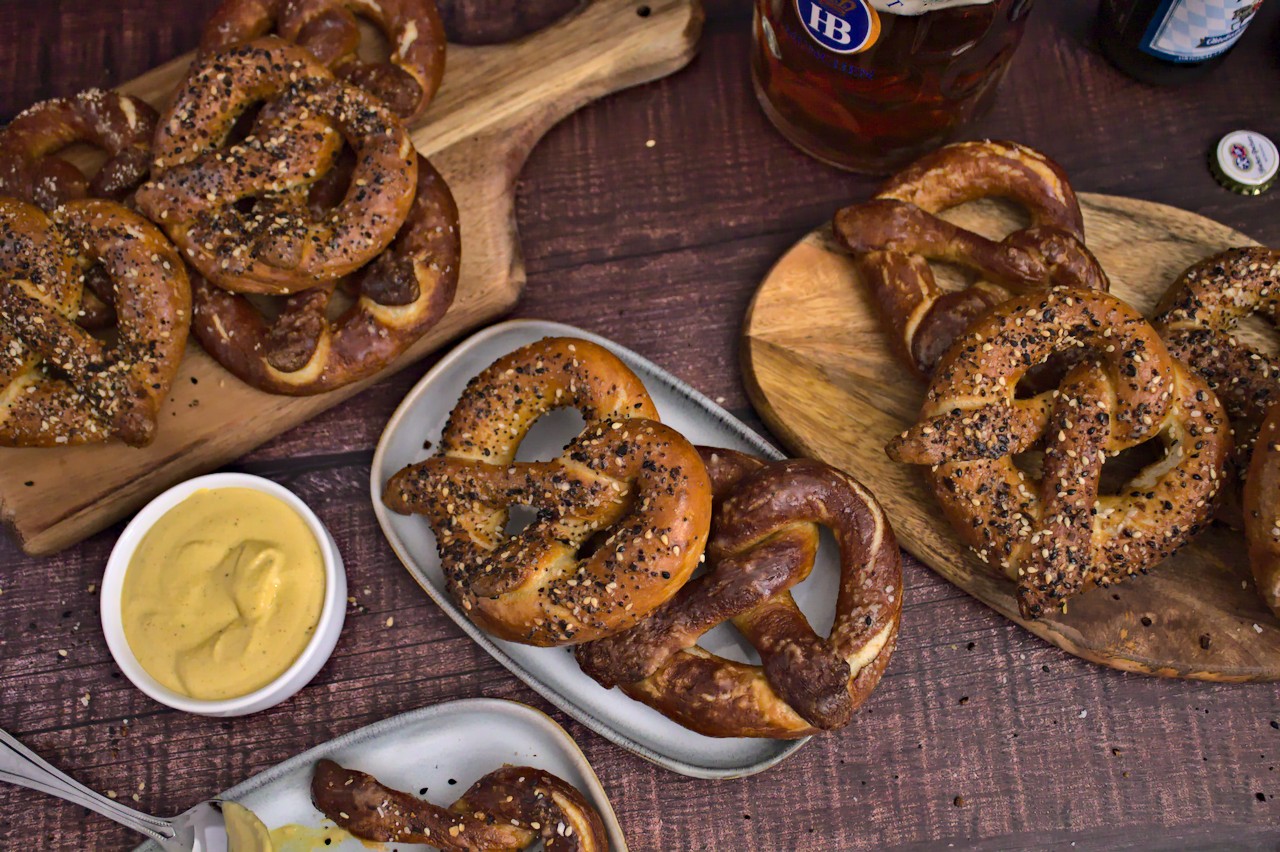 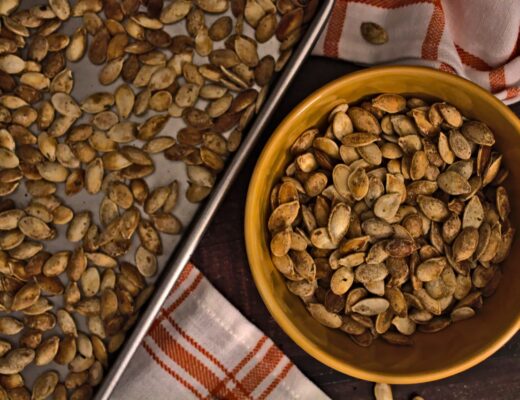 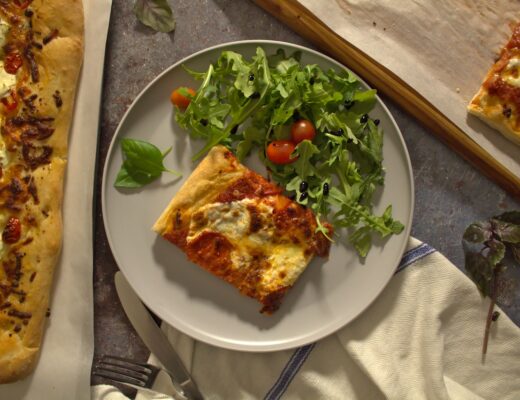